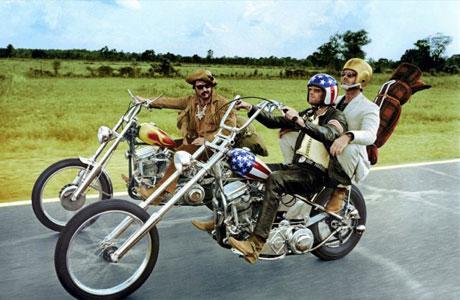 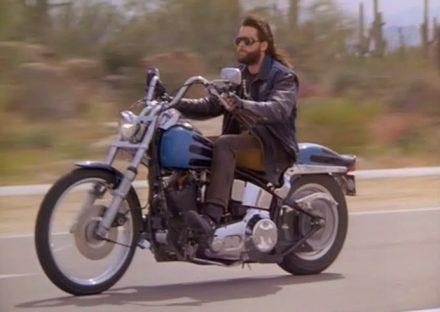 This film stars Charlie Sheen and Michael Madsen and is based on a true story. Sheen plays an undercover cop who must infiltrate a motorcycle gang to bring down their drug/gun smuggling operation. To gain the gang’s trust, Sheen must push the limits of right and wrong. This film was highly recommended by friend and fellow biker Zach Oswalt, so I had to add this to the original list as an honorable mention

Charlie Sheen’s character must prove his allegiance to the gang by riding his ‘sled’ into a ‘big-time redneck bar’ full of guys that hate bikers. 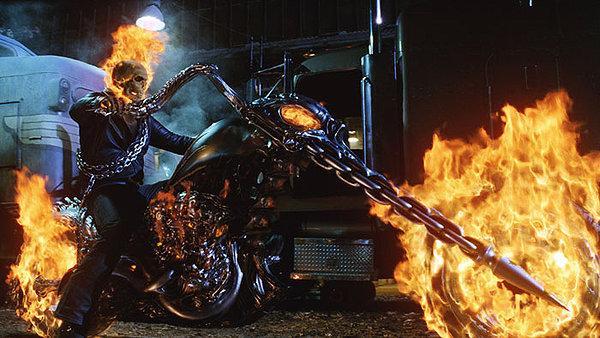 Ghost Rider brings a new meaning to the old motorcycle saying, “Ride it like you hair’s on fire.” Ghost Rider is a motorcycle based super hero movie starring Nicolas Cage as Johnny Blaze, a stunt bike rider who sells his soul to the devil to heal his dying father. In doing so Blaze becomes a servant for the devil. The film is definitely not an Oscar winner, but it does have a badass supernatural motorcycle.

Johnny Blaze and Sam Elliot’s ride across the desert together. Really any scene with Sam Elliot. 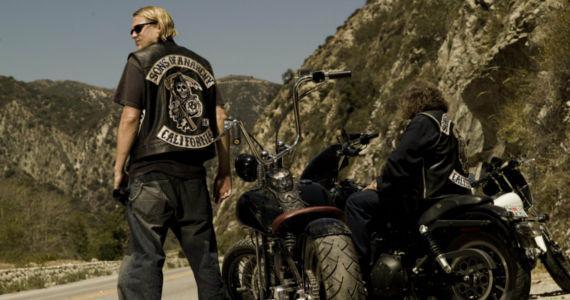 Sons of Anarchy is a TV series airing on FX. The show revolves around the life of Jax Teller who is the leader of the Sons of Anarchy motorcycle club in California. The show has become a huge hit and receives critical acclaim from bikers and non-bikers alike.

Any of the scenes featuring Tig Trager. 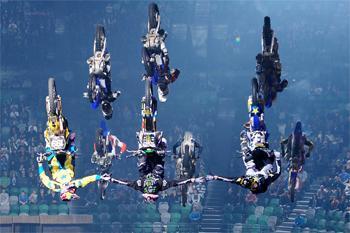 I hate to list one here, but Nitro Circus is technically a reality show. It’s a hybrid freestyle competition meets Jackass. The show follows world famous motocross star Travis Pastrana and his friends as they think of and perform crazy dirt bike and general freestyle stunts. Being a former off-roader turned biker, I’ve always have a soft spot for guys doing crazy stuff on a dirt bike.

Mad Max is a movie set in dystopian future Australia starring a young Mel Gibson as the main character. Max is a police officer that methodically takes revenge on an outlaw motorcycle gang that terrorizes the country. Due to its small budget, this film ended up being one of the most profitable movies ever made.

Max’s high speed chase after getting his black Pursuit Special. 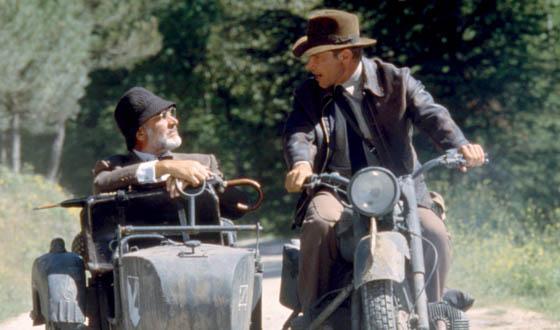 This movie in the Indiana Jones franchise involves Indy finding the Holy Grail before the Nazis. While not a typical ‘Biker movie’, Indiana Jones and the Last Crusade makes good use of some era motorcycles when escaping from the Nazis.

The escape chase scene with Indy and his father escaping from the Nazis on motorcycle. 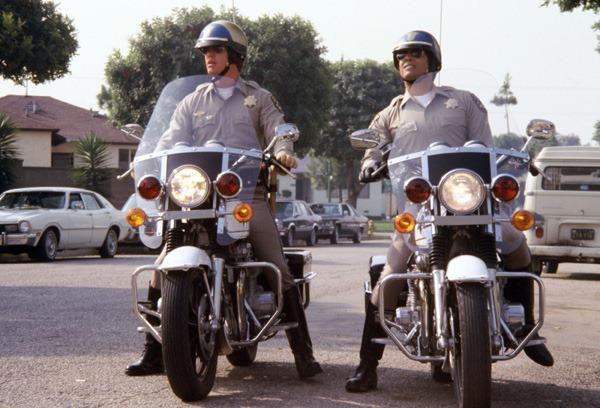 Looking back, CHiPs now has that ‘so bad it’s good’ kind of quality that provides plenty of amusement. The show follows the exploits of two California Highway Patrol officers (hence the name CHiPs), named Ponch and Jon.

Any scene with Ponch trying to impress a woman. These scenes are super corny now when looking back. 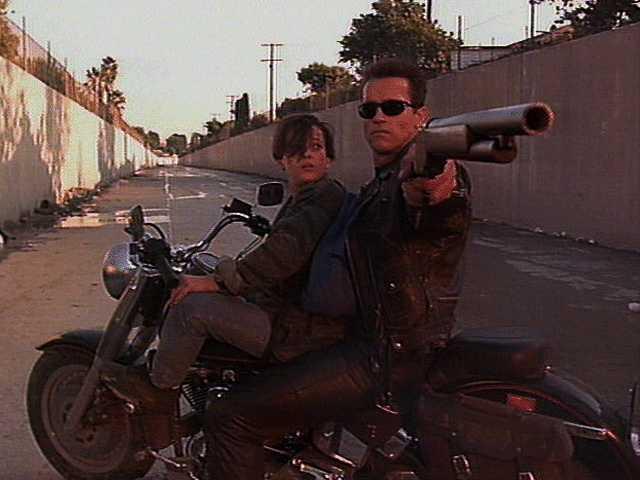 Terminator 2: Judgment Day is probably one of the best sequels ever made, and makes extensive use of motorcycles including a Harley-Davidson Fat Boy that Arnold Schwarzenegger’s character rides throughout the film.

The chase scene through the dry river beds of Los Angeles involving Arnold on his Fat Boy and another Terminator in a semi-truck. 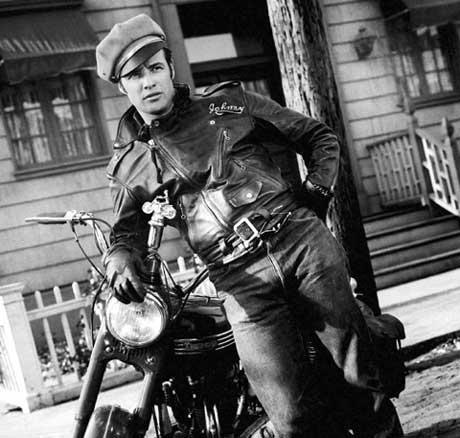 This film stars Marlon Brando in one of his most iconic roles. He plays the leader of a biker gang that terrorizes a small California town. Brando’s look in the movie created numerous copycats from James Dean to Elvis Presley.

When Brando is asked, “What are you rebelling against, Johnny?” His answer, “What do ya got?” 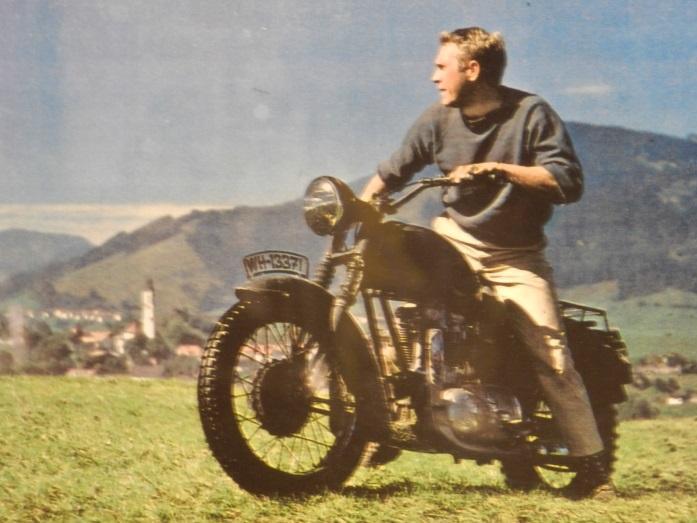 The film follows the true story of a group of Allied soldiers that work to escape from a German POW camp during WWII. Once out of the camp they go their separate ways to escape, which includes Steve McQueen’s iconic motorcycle escape. McQueen was such a great rider that he even acted as the stunt rider playing the pursuing German soldiers. 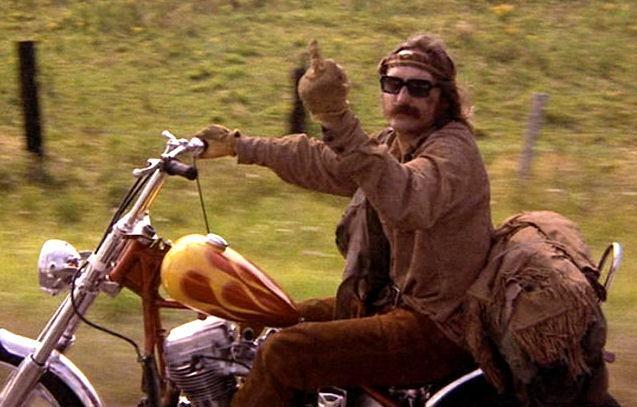 Easy Rider is the quintessential motorcycle movie. It follows 2 bikers as they trek across the country, camp on the roadside, and talk about freedom. The film helped jump start Jack Nicholson’s career and features one of the coolest bikes ever made, the Captain America chopper.

When Billy gives the ‘salute’ pictured above to a truck of guys harassing them.

What did I forget?

There are no comments